Rating:  4 out of 5 song lyrics or pop culture references turned into spells.

Recommended if you like:  stories that take down the Chosen One trope; stories that somewhat(?) pass the Bechdel test; urban fantasy that more closely blends the magic and non-magic worlds; ghost stories; Harry Potter, but with explicit queer representation (including an incredibly badass transgender woman); Harry/Draco slash fiction.

I also highly recommend listening to the audiobook, because Euan Morton makes every character’s voice feel fantastically unique.  It’s the kind of performance that makes you occasionally forget the narrator altogether.

This post is split into two pages.  Page One (below) is the Safe Zone (no spoilers), while Page Two (and possibly the Comments Section) is the Humdrum’s Territory (SPOILERS).

I actually tried reading Carry On a few years ago, but DNF’ed it after the first few chapters because, at the time, the main gimmick made me feel a little too out-of-the-loop.  The book is written like it’s the eighth installment of a series that doesn’t actually exist.  Normally, I LOVE multilayered meta gimmicks like that (and when I first read the fictional snippets of Carry On in Fangirl, I did say I wanted to read the “full version”).  But for some reason, the idea that I was meeting these characters for the first time yet was supposed to feel like I’d seen them grow through seven previous books felt disorienting rather than fun.

Fast forward to earlier this summer, when I was racking my brains for a 500+ page book that would be absorbing enough to not feel like a doorstopper.  As I said back in April, I’ve been focusing on shorter books this year because it’s what my brain can handle when the world outside decides to match my inner dystopic tendencies.  And then, on top of everything else, we learned some super fun (/sarcasm) things about the creator of one of the most absorbing works of modern literature out there.  That’s when I realized I was definitely in the mood to try Carry On again.

Now, I’m not presenting this as a total alternative to Harry Potter.  This isn’t going to be one of those posts where I say you should forget Harry Potter ever existed and pretend this book is better or even just as awesome.  Carry On IS awesome, and it DOES address some of the issues with the Potterverse (and with Chosen One stories in general), but I do think we can keep supporting the pro-love, anti-bigotry messages of the Potter series without supporting their creator’s choice to stray from those messages.

Plus, at the risk of sounding twee or naive, I think Harry himself would have laughed along with Rainbow Rowell as she takes the piss out of certain elements of the Wizarding World.

Why the heck would you forbid students to practice magic at home?  How else are they going to learn?  You don’t really expect them to go three months magic-free and then return to school totally prepared to move on to the next level, do you?

And, on that note, does the Wizarding World have to be so isolated from the rest of society?  Do you really think students aren’t going to be talking about the same movies, listening to the same music, and using the same slang and technology as their Muggle/Normal counterparts?  In fact, why don’t we incorporate Normal pop culture into the magical world, as a way of strengthening it?

Flip side:  Yes, I do see the appeal of making your fictional world feel like a parallel dimension — when you’re in the mood for some hardcore escapism, maybe you don’t want to be constantly reminded of cars and cellphones and the latest celebrity gossip.  Plus, as fun as it is to see Simon and his friends using Normal swear words, I totally get that a story written for All Ages has to be more PG (and sometimes it’s fun to immerse yourself in a more child-friendly world).

Wouldn’t it have been so much more helpful if Dumbledore had just explained everything to Harry during his first year at Hogwarts?  So he wouldn’t be completely blindsided by the whole Chosen One situation?  So he could spend more time coming up with better alternatives?

I get that part of the fun of stories like HP is being shocked by the epic revelations, but I like that Rowell shows us it’s also possible to give your characters more information and still have enough twists and mysteries to keep the reader interested.  Rowell is basically asking:  how would the series have been different if Harry had known what was expected of him from the beginning?

Also, isn’t it great when the headmaster is just jaded enough to understand the danger his students are in and the (in)effectiveness of mere ethical ideals?  The Mage actually (belatedly) realizes the problem with keeping the Chosen One in a school that’s oddly easy to infiltrate.  Yes, the Narrative does still require Simon to show up for his final school year, but at least we get to be a little meta about it.

And speaking of Chosen Ones, is it really such a good idea to pin the fate of your world on just one person?  Isn’t that waaaay too much pressure to put on a single person, first of all, and doesn’t that inherently destabilize your society?  Like, how can your society defend itself if everyone is supposed to just wait for that one person to say the magic words or whatever?

Flip side:  Yes, I do remember Dumbledore’s conversation with Harry about the unreliable nature of prophecies (i.e. how self-fulfilling they can be) and the fact that the Chosen One does, in fact, have a choice in the matter.  Rowell is just taking that idea a few steps further.

Speaking of Dumbledore, did we (the readers) really need to wait for Book 7 to start questioning his godlike infallibility?  Is it really only the villains who have serious complaints against him?  Wouldn’t we avoid a lot of institutional problems if we didn’t expect or assume that these Wise Mentor Figures were gods? 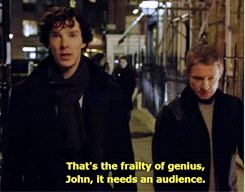 Other things I loved about Carry On:

In addition to the Toby connection, Rowell’s magic ‘verse is also a lot like Patricia Wrede’s Enchanted Forest in that it, too, has a plot-significant problem with dead zones (i.e. places where the magic has been sucked out).

The girl power in this story is terrific.  For example, Baz’s mother is so badass that he chooses her maiden name as his last name.  Not that the book completely passes the Bechdel Test…the one time our two female leads talk to each other (for a few seconds) about something other than Simon or the Mage, they’re explicitly talking about the Bechdel Test and gender roles (whaaat, you mean a girl can be awesome AND like pink?).  Like, does it count if the only time the women aren’t talking about men, they’re talking about sexism?  Anyhoo, it is awesome that we get to hear from a Strong Female Character who’s also traditionally “girly” AND who explicitly fights to be more than a L.I.N.E.T.T.S* or trophy.

That characters get to be openly queer — I kind of want a separate story all about Trixie the pixie and her girlfriend, Keris.  And I want more Ebb!!!  Personally, I think Rowell did a good job describing her through her interactions and dialogue — i.e. Rowell did what Rowling could have done with Dumbledore, giving us just enough of a hint about who Ebb is within the text, while still making the information feel organic rather than “Oh, by the way…”

That POC characters get to be major players, rather than just side characters — and characters besides Simon get to speak for themselves, with their own POV chapters, instead of being totally filtered through Simon’s consciousness.  It kind of reminds me of The Whale Rider, in that the story is as much about the community as a whole as it is about the Chosen One.

As my playlist, images, and chosen version of the book cover CLEARLY show, this isn’t just a Harry Potter homage or parody.  This is OBVIOUSLY also a magical BBC Sherlock fanfic.  Go on.  Tell me the cover art above wasn’t somewhat modeled on Martin Freeman and Benedict Cumberbatch. 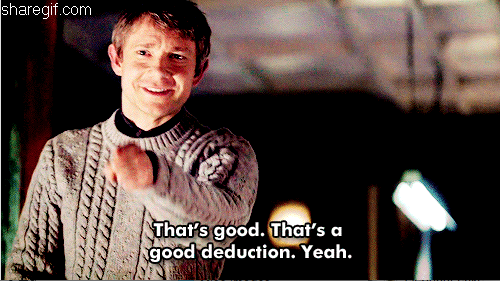 A Few Dead Zones (i.e. moments that sucked a bit of the magic out of the book)

Besides the debatable Bechdel performance, there were two other things that took a bite out of my rating.  One of them is a spoiler, so I’ll discuss it on Page Two.  The other is a throwaway conversation about how some Normal World horrors — namely, the Holocaust — might’ve been magically predicted.  I reeeeally dislike it when authors try to mess with or give supernatural explanations for things like that — it feels like an attempt to deny that Normal human beings are capable of evil (and also, conversely, capable of stopping evil).  No, the Nazis must’ve really been aliens or zombies or were influenced by some magical prophecy or whatever.

When we do that, we end up underestimating evil even when we see it coming.  We can’t stop actual dictators if we keep pretending they’re not actually human (i.e. pretending that the situation is ultimately out of our control).

On the other hand, the reason I didn’t lower my rating any farther is that the line does come from a character we’re not supposed to entirely trust.  Like, maybe Rowell intended that part to make us cringe.  I just wish it had been more explicitly countered by the more sympathetic characters.  Like, I wanted someone to at least raise an eyebrow.

So!  If you’re in the mood for a Harry Potter alternative with in-text queer representation that re-examines the Chosen One trope, I highly recommend Carry On.  Will I be reading the sequel, Wayward Son?  Likely!  I’m not as sucked into this world as I am with Castle Waiting or the Tobyverse, and the first book does wrap up pretty cleanly (i.e. I don’t have any burning questions).  But I could do with a nice vicarious vacation in [redacted].  In fact, maybe that’ll be my first major Real Life vacation after the pandemic is over.

* L.I.N.E.T.T.S stands for “Love Interest Not Essential To The Story,” a term coined by Lindsay Ellis in her Nostalgia Chick episode on Dragonheart.  An episode which, apparently, is no longer available. 😦

Some of the images used to be GIFs, but in the interest of bandwidth and avoiding eye strain, I converted them to still images.  The original sources are below.