Step right up, Bookwyrms, and behold a spectacle of supernatural proportions!  It’s the first (possibly) annual…

…here at Postcards, and the theme this year is creepy carnival hijinks of the actually paranormal variety!  We all know those traveling sideshows are meant to suspend our disbelief for a while — to make us wonder if the fortune teller really might have the sixth sense, or whether that is a real mermaid in the tank…

But the following stories take us all the way to the other side.  Here, the were-cat really does shift from man to beast.  The mermaid really does grow scales, and that really is a unicorn/centaur selling goblin-fruit turnovers.  So, if you’re not able to attend any real-life faires or circuses this year, you might as well wander across the literary midway with me! 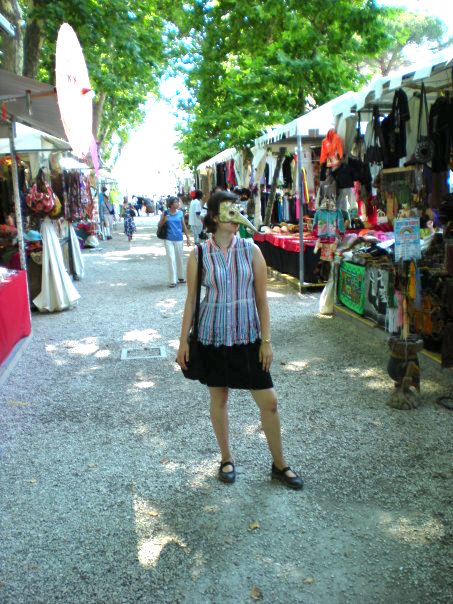 Bingo squares:  I’m counting Seanan McGuire’s In an Absent Dream as “a book in the middle of the series,” and Mariko Tamaki’s The Moon is Up as “a book I saw someone else reading.” 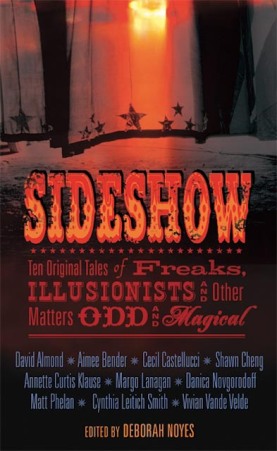 Scare-o-meter:  5 out of 10 long-lost keys to a bitter woman’s cabinet of curiosities.

First up is a Deborah Noyes anthology.  She previously edited Gothic! and The Restless Dead.  Now she turns to the world of carnival ghosts and traveling therianthropes.  In Sideshow, Noyes presents ten stories by authors like David Almond and Annette Curtis Klause.  Although a few do leave some room for doubt, most involve explicitly genuine magicians and shape-shifters.

My favorite stories were:

This collection is just spooky enough to put you in the pre-Halloween mood, but never strays too far into horror territory.  It’s definitely a feel-good fright fest. 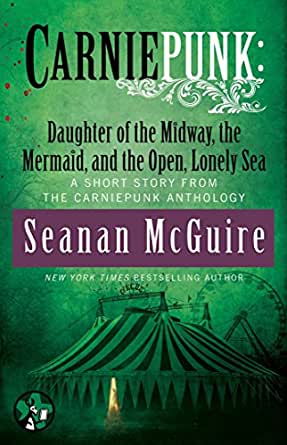 Next up is a standalone short story by Seanan McGuire, from the collection Carniepunk.  I considered reading the full anthology, but the first two stories were so unpleasantly horrifying they completely turned me off from reading any further (I ended up buying an e-copy of McGuire’s story individually, because I just knew it was going to be more comfortably creepy).  I may discuss that a bit more in my year-end DNF report, but for now, let’s follow McGuire’s caravan to a small town in Alabama, which hasn’t seen the Miller Family Carnival in seventeen years and may be a little too happy to see Ada Miller return.

As in the Ingo books by Helen Dunmore, McGuire’s half-merfolk must think hard before choosing an ocean life, for the ocean takes not only the air out of you, but some of your sanity as well.  How does one balance?  How does one answer the call of the sea without losing one’s earthly self?

To anyone who’s read the entirety of Carniepunk, can you tell me if the rest of the anthology is more like McGuire’s story or if “Daughter of the Midway” is the only oasis in a generally grimdark world? 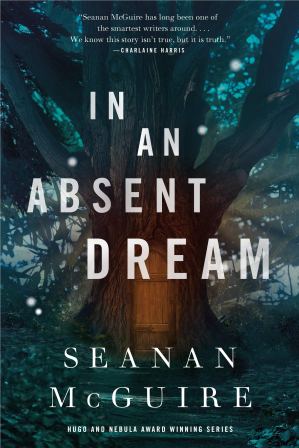 Scare-o-meter:  5 out of 10 girls with impossibly orange owl eyes and feathers in their hair (yes, my Labyrinth senses were tingling 😉 )

Riding the Seanan McGuire train further, I traveled through the fourth of her Wayward Children books:  In an Absent Dream.  Before she taught at Eleanor West’s boarding school for recovering portal crossers, Katherine Lundy traveled back and forth to the Goblin Market, a world ruled by the iron principle of Fair Value.  For everything you’re given, there is a price, and you will always pay — one way or another.

This was one of the more bittersweet of McGuire’s stories, but I couldn’t completely fault the Goblin Market for its ideology.  As the Archivist explains, the Market is in some ways a much more equitable world than ours — a world where no one is charged more than they can give.  A world that understands that “fairness is a subjective thing, not a fixed target.”  And yet, there is always something substantial sacrificed for long-term residence in such a utopia.  For “utopia,” too, is a subjective concept and no one ever said a fair price is easy to pay. 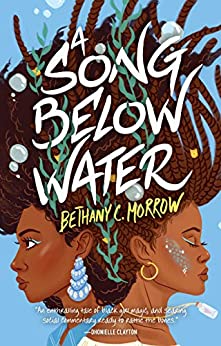 I debated whether to include A Song Below Water, by Bethany C. Morrow, in such a goofy list (it definitely doesn’t feel appropriate to give this story a Scare-o-meter rating), because it’s actually a lot more serious than I expected and I absolutely don’t want to belittle the messages the story sends (plus, I haven’t finished it yet).  It’s one of the most seamlessly blended urban fantasies I’ve read so far, fusing magic and real world politics to show what would happen if supernatural people openly existed in the U.S.

This story isn’t just about mermaids performing in contemporary West Coast Ren faires; it’s about mermaids who have to deal with a dangerous combination of racism and anti-superhuman fear.  After all, it only seems to be the Black sirens whom this version of America attacks and condemns.

I do want to acknowledge, though, that this is the fourth book I’ve read that features a mermaid performer — and the second one in which the performer is actually magical.  Effie, a.k.a. Euphemia the Mer, spends two weeks every year performing with her mother, “Minerva the Chosen,” at the Portland Renaissance Faire.  This year, now that her mother is gone, Effie is headlining, having finally gained entry into the sacred society of the Hidden Scales.

Particularly cool detail:  Apparently, in this world, people actually write fan-fiction about their favorite Faire performers.  Effie often reads stories about herself and her on-stage lover, Elric the blacksmith.

Particularly uncool detail:  Apparently, many of the fanfic writers try to either whitewash Euphemia or just ignore her physical features other than her tail.  Lame! 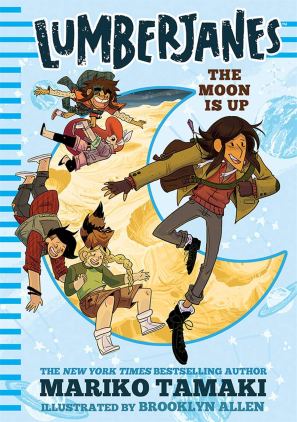 Scare-o-meter:  1 out of 10 points to Gingerbread House for the “Hansel and Glitter” joke 😀

Finally, if you’re looking for something more comically spooky, I highly recommend The Moon is Up, a Lumberjanes companion novel by Mariko Tamaki.  Ok, it only technically counts because it involves a contest that results in “a carnival of decorated cabins,” but hear me out!  The story involves a three-day sci-fi festival with the following features:

So!  What are some of your most memorable/uncanny carnival experiences (vicarious or real)?  Any exhibits you could have sworn were genuinely supernatural?

I, for one, am adding a few festivals I learned about at MerCon to my literary bucket list.  I think this is the Coastal Carnivale mentioned in the Representation Panel, and Divine Sirene’s Psychedelic Circus sounds totally far out!