Because if I can’t actually get close to the Golden Coast right now, I might as well surf vicariously through the metaphorical pipelines at Moon Beach.

Grab yourself a Dairi Burger milkshake to-go and settle in for a Sweet Valley Triple Feature!

Warning:  There will be SPOILERS. 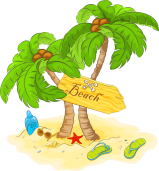 Rating:  5 out of 5 dating service reps who are probably cackling their way to the bank.

Playlist:  I recommend the following mixtape featuring hits from 1983 (the year the first Sweet Valley book premiered, ergo the year I’m imagining most of these stories take place), 1990 (the year these three, specifically, were published), and a few gnarly tunes on the side.

All three books are 2015 Kindle copies

Bingo square:  Bestseller.  Sweet Valley High was the first YA paperback series to land on the New York Times bestseller list.  The specific title was Perfect Summer in 1985, but the series as a whole was busting bookish box-office records as well.  To date, the series has sold over 150 million copies, in at least 25 languages.  I particularly love this essay by BuzzFeed reporter Bim Adewunmi, in which she waxes nostalgic about her days passing around the SVH books in her all-girls’ Nigerian boarding school.

I wish there was a bingo square for Psychological Thrillers, because the convoluted mind game Jessica plays in this book is FASCINATING.  Like, she’s so good at manipulating everyone else that she manages to twist herself into a Schroedinger’s dating scheme.  She both is and isn’t aware of what she’s doing.  She both does and doesn’t care if her plan works out.  It’s all good fun and it’s heart-poundingly serious.

I’m convinced Jessica knows, deep down, that “Pierre Du Lac” and “Brett S.” are just as phony as she is, but she pretends (or convinces herself?) that the former is making an “esoteric joke” when he mixes up Fellini and Fetuccini, and that the latter is making some “Retro-Americana” statement by driving his parents’ dorky Oldsmobile.

As for Saint Elizabeth, she’s mastered her own brand of self-inflicted drama.  As Adewunmi points out in the BuzzFeed essay (see above), Liz is a “professional victim” who practically gets off on playing the martyr.  As much as she complains about the ethical dilemmas into which Jessica “forces” her, I bet she secretly enjoys being an accessory to chaos (if not, then this whole series is a disturbing psychological profile of an abusive, co-dependent relationship).  In fact, by the end of the book, Liz is practically desperate to show off her dangerous side.  Which brings me to… 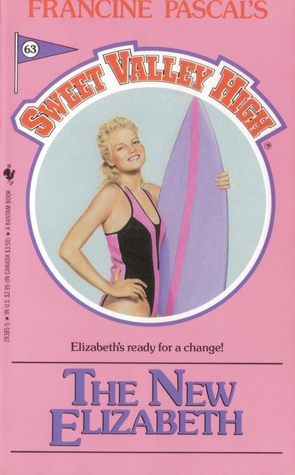 Bingo square:  Dystopia.  No, come back, I’m serious!  Anna and Karyn are totally right when they call Sweet Valley a “strange and terrifying world.”  At the very least, this is a highly ambiguous utopia, with bizarre rules and severe punishments for anyone who strays from their assigned role in the Sweet Valley Formula.  Just listen to episode 25 of the Double Love podcast for an overview of those rules.

Anyway, I think this kind of dystopia makes much better quarantine reading than the traditional grim kind.

So, in the previous book’s subplot, Elizabeth began her journey into a more daring, dangerous world…by getting a temporary perm at the mall.  But curling her hair just isn’t enough for a true Wild Child.  So, after contemplating some of the more dangerous and expensive sports at the very cleverly named Sports Shop, Elizabeth settles on some free surfing lessons (the instructor just happens to be in a bet with his friends about whether the best surfers are nurtured or natural, and Liz just happens to walk through the door when he announces he’ll teach the next person he sees for free).

And, of course, Surf Goddess Liz is a light-speed learner who doesn’t even need to start on the sand like most groms (at least, that’s how surfing lessons work on TV, right? You practice on a beginner’s board on the sand?).  Naw, dude, Liz Wakefield gets to start on her knees, in the waves, with one of the club’s fastest boards!  And in just a few weeks, she’ll be ready to wipe out her rivals in the Moon Beach Surfing Competition!

But the gods of this sinister utopia don’t want Saint Elizabeth to stray too far from her predictable role.  She may indulge in a little deviation, but when she becomes too obsessed with her new hobby, the surf gods send her a warning.  When Liz tries to charge the choppy waters after a rainy day (that, in itself, must’ve been a sign, because rainy days are unheard of in Sweet Valley), a riptide drags her down like a mighty chain from hell and she nearly drowns.

Although Liz tries to get back on the seahorse, her near-death experience needles at her until, on the day of the big competition, she finally realizes what she must do to appease the Sweet Valley Formula.  Which is to purposely fail the contest so her hot instructor will lose interest in her and focus on his best friend, the second-best surfer in town.

Ugh, yes, that actually happens.  Liz throws a competition for the sake of True Love.  Also, I guess learning the recorder is the most exciting thing she’s allowed to accomplish in these books.  Her friends and family wouldn’t be able to handle it if she was openly cooler than Jessica; it would throw the whole system off balance.

Next thing you know, girls will be trying out for the SVH football team!

Bingo square:  A book with a number in the title.  Get it?  A quarterback?  As in, one-fourth?

Warning:  This book discusses a sibling’s death from cancer.  And some of the other characters are…insensitive about it, to say the least.

Perhaps, like Katniss Everdeen, Liz Wakefield has started something.  Her brief rebellion must have inadvertently infected another poor soul, inspiring new student Claire Middleton to try shaking the very foundations of Sweet Valley High by joining the boys’ football team.

That’s right — a girl is trying out for the football team!  As quarterback!  Call the Peacekeepers!  Or, in this case, the Cheerleaders.  A girl who thinks short skirts and pom poms are beneath her must obviously be put in her place.

Ironically enough, this whole scenario is another example of the Sweet Valley dystopia maintaining itself.  In this world, nuances are a novel concept.  Just as Liz can’t be responsible and daring, Claire Middleton can’t be a jock and respect girls who do more traditionally feminine things.  If she’s into contact sports, she must be a straw tomboy who’s offended by the very existence of cheerleaders.  Granted, she does apologize for her rude comments in the end, but not in time to save her from the machinations of the Almighty Formula.

The SVH gods once again pull strings to make sure Claire doesn’t land the top spot on the team.  Her rude comments about cheerleading provoke Jessica’s squad into delivering a seemingly mild but Super Effective roast during the final day of tryouts.  Turns out, that mysterious guy Ted, whom they thought they were harmlessly teasing her about, wasn’t a former boyfriend.  He was her older brother.  Who died.  Of cancer.

Dystopia note #2:  What kind of school lets their cheerleading squad run itself, without any adult supervision?  Or did I just out myself as a sheltered, small-town gal from a tiny school where the Pom Squad would never have been able to sneak in a revenge cheer without consequences?

Anyway, Claire commits the ultimate sin of showing emotion on the field, and the coach chews her out for “play[ing] into people’s expectations” about girls in sports.  Oh, he does “get human for just a second,” because he apparently knew Claire’s brother and “really admired him,” but apparently that’s not a good enough reason to walk off the field when the cheerleaders taunt her about him.

Anyway, of course the cheerleaders feel adequately horrified when they find out who Ted was, and of course Claire gets to come back to the team, but only as an “unofficial second-string quarterback.”  But that’s ok, because at least she gets to jump in during the last few minutes of the big game, when the first-string QB is temporarily incapacitated.

I can’t wait for Anna and Karyn to dive into these three.  They’re going to have a blast with the Magenta Galaxy outfits in Who’s Who? and the surf lingo in The New Elizabeth (what’s a good epithet for surfers?  Something along the lines of Old Timey Gangsters and Rootin’ Tootin’ Cowboys…maybe Gnarly Surfer Dudes?).

But, to pay homage to my other favorite podcast, I can’t end this review without sharing a few sick “ssssssSUNBURNS OF THE BEACH!!!”

[Jessica’s] head was so crowded with names and facts that she couldn’t even remember if Flaubert was an author or a kind of cheese or whether Maximum Outrage was a rock group or a perfume.

— from Who’s Who?  It’s a burn on French authors and heavy metal bands (or maybe punk perfumes).  If Jack and Tanner were here, they’d probably do a Band-Name-That-Doubles-As-a-Perfume Generator.  I could also call this a classic Boesky Moment (Amy Boesky was one of the SVH ghostwriters who wrote under the pen name “Kate William”).

Elizabeth was still determined to be more spontaneous, but even so she was really looking forward to the evening.  At least she could order ginger ale instead of her usual root beer, she told herself with a self-mocking smile.

“Let’s just say your sister has a weird way of being adventurous, Jess,” Lila continued, munching on a potato chip.  “I mean, some people drive race cars, climb mountains, or sail boats around the world, but Elizabeth gets her hair curled.”

— A classic Lila quip, from The New Elizabeth.

“Try to pay attention, please,” Mr. Jaworski said to the class at large.  “I know you all have a lot of things on your minds that may seem more important than history, but trust me, the French Revolution seemed pretty important at the time.”

— from Ms. Quarterback.  A burn on upper-middle-class American teenagers and their #firstworldproblems.

And, finally, a quick tribute to the burns that could’ve been:  The ghostwriter of Who’s Who? missed a golden opportunity to mock Jessica’s super cheesy name for her fancy persona (puns completely intended).  The Fromage jokes could have filled a whole charcuterie board!

How about you, Bookwyrms?  What are some of the most shamelessly escapist books you’ve been reading lately?  What unusual titles would you (only half-jokingly) defy the Academy not to accept under their Serious Literary classifications?