An ode to Indigiqueer poets and subversive librarians

Happy Earth Day, Bookwyrms!  Today’s post covers (1) a poetry collection that re-writes Western literature and pop culture from the p.o.v. of a queer Indigenous cyberpunk, and (2) a speculative novella set in a Wild-West future America where a caravan of queer librarians secretly subverts their totalitarian government.

Recommended if you:  are a computer and/or literature nerd who’s willing to read between the lines of Western lit and pop culture.  I.e. a “resistant reader” and critical thinker.  Also, must be ok with graphic sex talk and some swearing.

Playlist:  Definitely something cyber/electronica.  Maybe one of The Matrix soundtracks.  Or maybe a warped classical remix like Blockhead’s “Insomniac Olympics.”  Or just put that 90s internet dial-up tone on loop.

I don’t remember exactly where I found out about this collection, but it was back in February and the premise immediately hooked me.  The internal speaker of these poems is a biotech cyberpunk named Zoa (short for protozoa) who hacks into the Western canon to make space for their own identity.  It’s a slim volume, but the speaker spends every line shredding stereotypes and re-programming Western culture to account for readers who were originally excluded or dismissed.

All playfulness aside, this collection gets pretty serious.  The computer code format may be really fun and unique, but the tone and subject matter are very deep, sometimes even harsh.  It mostly deals with everyday discrimination and loneliness in a world that doesn’t seem to realize you exist.  Even more sobering, one of the poems honors the Indigenous Canadian women, girls, and Two Spirit individuals who are missing or were murdered because of their identities.

The book does, however, have an ultimately optimistic outlook.  It’s a story of survival and a plan for regeneration.

I definitely recommend it if you want to become a more mindful reader and critical thinker.

Rating:  4.98 out of 5 times you convince yourself you’re totally not sharing a significant look with your totally platonic fellow librarian, nope, nosiree, not this totally law-abiding cowgirl.

Playlist:  Well, obviously I looked for classic Wild West playlists on Spotify, and found this good one.  I also recommend “You Look Like Trouble (But I Guess I Do Too),” by Lisa LeBlanc, for the bandit scene.  I know it’s bluegrass, not western, but it fits, goshdarnit!

Bingo square:  A book published in 2020 (don’t worry, I have another option for the dystopia square).  Which gives me my second bingo!

This is how much I love Froodian Slip.  The minute I finished reading Heather’s review of this book, I bought myself a copy and stayed up late into the night because it was That. Goshdarn. Awesome.  And, whereas the novella length was a source of slight frustration for Heather, knowing that in advance actually made me more willing to tackle it right away.  It’s not that I don’t want more story; it’s that I’ve been riding the novella train for the past few months and that bite-sized length has been particularly comforting when life in general has felt like a sadistic stress test.

That said, I would sure-as-shootin’ be willing to read a follow-up.  This novella feels like a brilliant teaser/prologue for a longer book or even series (assuming it’s not as brutal as The Hunger Games, of course…there was one brutal bit in the middle of the story).  I could absolutely see Gailey continuing Esther’s story, fleshing out her version of America more deeply and allowing the librarians to finally wage open war with the State.

Also, in case you were wondering (and you totally were), queer westerns are actually a thing, at least according to this episode of Smart Podcast, Trashy Books.

The only reason I docked a fraction of a point was an illogical scene when Esther grabs a galloping horse by the reins, painfully yanking her shoulder out of place in the process, and then immediately helps drag bodies out into the desert like she’s totally fit as a fiddle.

Other than that, Upright Women Wanted is a rootin’ tootin’ thrill ride of bibliophilic proportions.

So!  What books have kept you sane during these past few months?  Are you more inclined to get lost in long books at a time like this (the more escapism, the better!) or are you taking it easy with shorter stories?

Stay safe and keep up the awesomeness, Bookwyrms! 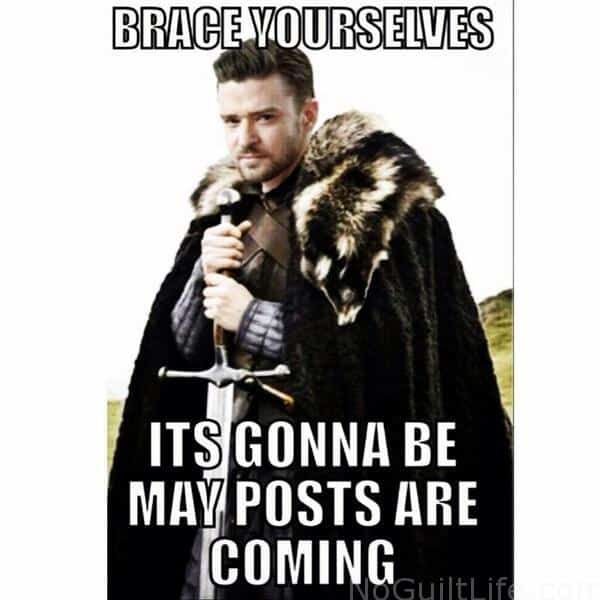