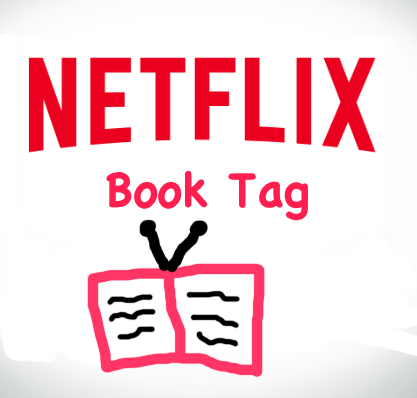 I’ve been following author/blogger Kristen Brand, who writes “speculative fiction with a punch,” and her most recent post introduced me to the Netflix Book Tag challenge.  The challenge was invented by A Darker Shade of Whitney, who runs the Accio Books channel on YouTube.  It’s basically “What if Netflix was books?” 😀  Or:  12 prompts based on Netflix categories.

Since we’re all binging both books and Netflix right now, this sounded like a fun and fitting game!

Side note:  I’m highly intrigued by three of Brand’s recommendations:  Pixie Me Up, by Willow Mason (purely because of the top-hatted kitten on the cover); Heroine Complex, by Sarah Kuhn (because demon cupcake fights sound like a brilliant scenario for a new cooking show); and Yokai Attack, by Hiroko Yoda and Matt Alt (a survival guide for travelers through Japanese folklore…I’m really hoping it’s in the style of Jon Stewart’s Earth: the Book). 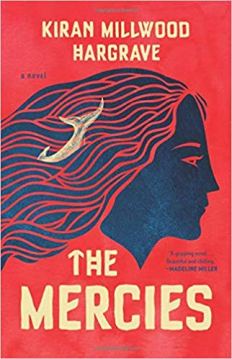 The Mercies, by Kiran Millwood Hargrave.  Reviewed here.  On Christmas Eve, 1617, a freak storm drowns nearly all the men of Vardo island, off the Arctic coast of Norway. The remaining women are left to fend for themselves until the king sends a commissioner from Scotland to restore proper patriarchal order.  But by the time the commissioner arrives, some of the women have grown to like their independence.  Some of them are questioning why they need to reject their indigenous Sámi neighbors, or even whether feeling sexually attracted to another woman is a sin after all.

2. Top Picks: A book/books that have been recommended to you based on books you have previously read. 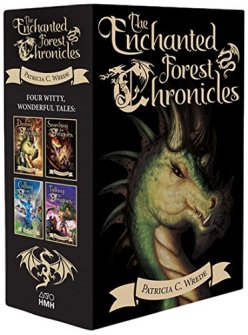 My writer’s group knows me so well by now that I’m loathe to take their book recommendations lightly.  Therefore, when Sarah Maree told me I needed to experience the fairy tale fun-poking awesomeness that is the Enchanted Forest Chronicles, I stole the nearest pair of seven-league boots and hurried to the library.  So far, I’ve been highly impressed and totally amused (see my review of books 1 and 2).  These are perfect books for bad days. and I’m very much looking forward to watching Cimorene and Mendanbar subvert more tropes. 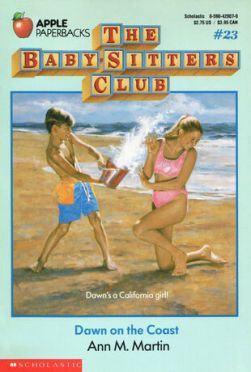 Two Augusts ago, I mentioned a few bookish podcasts I’ve been listening to, to keep my spirits up.  One of my absolute favorites right now is The Babysitters’ Club Club, by Jack Shepherd and Tanner Greenring.  They’ve pulled me back into the hilariously surreal world of Stonybrook, Connecticut.  Who knew there were so many factions and conspiracies in this quaint New England town?  How could I have not realized that it’s all bread, all the way down?

Anyway, I was craving a light read that would give me some vicarious summer beach feels without all the grim-drama of the California Diaries (which, to be fair, have inspired some of the greatest BSCC episodes to date).  And so, I downloaded a copy of Dawn on the Coast to my Nook and spent a very enjoyable evening running around Disneyland, playing county fair games, soaking up beach vibes, and eating avocados while I mean holding a very srs bsns babysitters’ meeting.

Random hot take:  Jill should have gotten her own California Diary.  I agree 100% with Jack and Tanner: she’s a rebel in her own right!  Those unicorn shoes and “I Love Boxers” shirts are legitimate fashion statements, and you know what?  An evening of nail painting and Disney movies sounds way more #friendshipgoals than a drunken rave at an unwitting teacher’s yard.  I would’ve loved to read about Jill’s journey through eighth grade, learning to stick to her own principles and find her own crew while also learning to handle more adult issues and realities.

Phew!  Glad that’s off my chest!  Dawn on the Coast was a very relaxing read full of sunshine, fresh air, and Good! Clean! Baby! Sitting! Fun!!!

4. Popular on Netflix: Books that everyone knows about. (2 you’ve read and 2 you have no interest in reading) 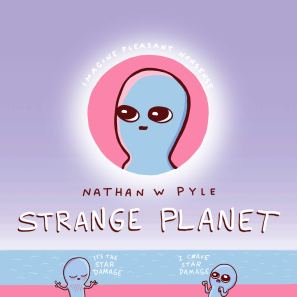 Everyone under the star must know about Nathan Pyle’s Strange Planet comics by now.  These are heartwarming snippets out of the lives of various beings.  Originally (and ongoing-ly) posted to Facebook and Instagram, many of the comics are now available in book form (with a second book on the way!)  Watch as these lovable beings raise offspring, complete education, watch their favorite athletic groups catch airborne orbs, and sing well-known songs in being-speak.  Tell me “I’m Treading on Starlight” doesn’t sound like a classic Bowie song!

On a similar musical unit, the Hitchhiker’s Guide books are fairly popular, and poke fun at Earthly (or at least British) traditions from the p.o.v. of the second-to-last human and his alien friend.  If you prefer good-mood satire, I suggest sticking to Books 1-4.  Apparently, Douglas Adams was going through something when he wrote Mostly Harmless.  I personally prefer the scooters-into-the-sunset ending than the Everything is Awful ending. 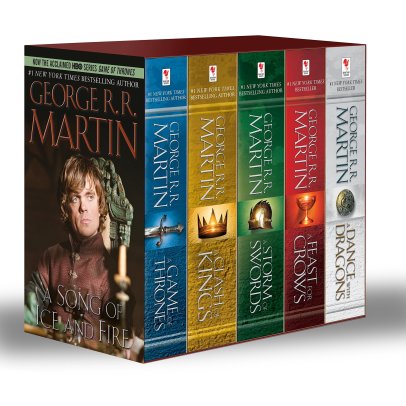 As for popular books I have no interest in reading, my first choice is the Game of Thrones (*ahem* sorry, A Song of Ice and Fire) series.  I’ve seen enough episodes to know this world is waaaaay too grimdark for me.  Like, nobody ever gets a break.  Nobody gets to (spoilers) just have a lovely wedding ceremony where the most notable incident was the reveal of the fabulous honeyfingers  provided by the Mother of Dragons before she proceeded to consensually take over the world as Immortal Queen of the Six Kingdoms.

For my second choice, I’m siding with Whitney.  Fifty Shades of Grey can stay fifty feet away. 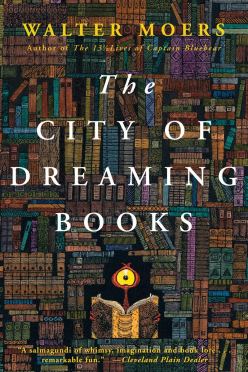 Also two Augusts ago, I asked for recommendations of even more fluffy, feel-good escapist reads, and my fellow Bookwyrms did not disappoint!  Sj immediately pointed me to The City of Dreaming Books, by Walter Moers.  It’s not exactly fluffy…it gets pretty terrifying, actually…but it’s also whimsically meta and surreal and so drenched in bibliophilia you’ll smell like the Rare Books section of every library in the world after you’re finished.

One of these days, I’m going to share with you the GIF monologue I gave to sj after finishing the book.  Tina Fey absolutely makes an appearance.

6. Dramas: A character who is a drama queen/king. 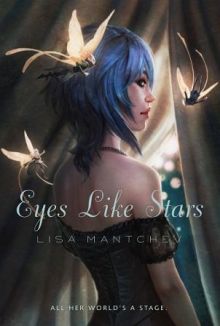 Well, if we want to get literal, I could point to Bertie (short for Beatrice Shakespeare Smith), the protagonist of Eyes Like Stars (reviewed here).  She literally grew up on a stage and certainly has an issue with the concept of self-restraint.  I guess it doesn’t help that she’s surrounded by some of the most famous drama royals in all of (western) literature (who are all apparently literally real people, at least in the confines of the Théâtre).

On a shameless self-plug note, that was a particularly fun review to write.  I’m especially proud of my “redacted” inner commentary on the infuriating parts of the story 😉

7. Animated: A book with cartoons on the cover 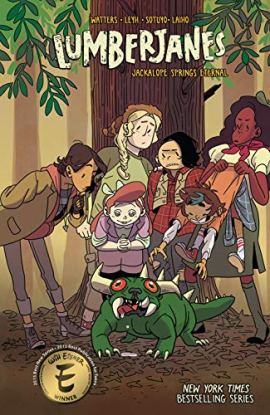 There are thirteen volumes so far, with #14 coming out in May.

8. Watch it again: A book/book series that you want to re-read 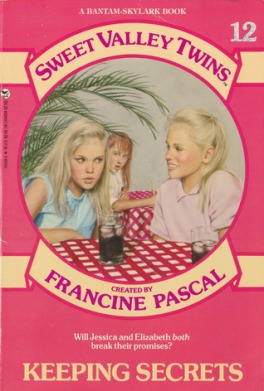 Even in light-read terms, these are pretty far apart on the nutritional scale.  Keep Out, Claudia! is a kid-friendly (albeit heavy handed) lesson on fighting racism and bigotry, while, from what I remember, Keeping Secrets is a soap opera episode in which the twins struggle with the heartbreaking decision whether or not to reveal their family’s random made-up language to their friends and teachers.  Party invitations are on the line, you guys!

9. Documentories: A non-fiction book you’d recommend to everyone

Last October, my good friend Larkynn reviewed a fabulous how-to-be-creative guide by Austin Kleon, and I liked it so much I read the follow-up guides as well.  In Steal Like an Artist, Show Your Work! and Keep Going, Kleon offers thirty bits of counterintuitive advice that feel both obvious and mindblowing.  Like:  quit trying so hard to be original.  All of your favorite artists are a mashup of their best influences.  Also:  don’t be afraid to “sell out.”  Nobody actually wants to be a Starving Artist.  And also:  if you make something and someone out there hates it?  Make something they’d hate even more.

I don’t agree with everything he says, but it sure felt like (almost) every time I found myself thinking, “Wait, what?” or “Yeah, but…” Kleon followed up with a caveat or a seemingly contradictory point that either fleshed out the first point or, at the very least, admitted that Your Mileage May Vary.  “Do the work every day, no matter what,” he says.  “No holidays, no sick days.”  But also: “Take care of yourself.”  Get enough sleep.  Take some time to “just sit around and do nothing.”

And, in case you were wondering what kind of art Kleon himself creates, I highly recommend his “redacted poetry” collection, Newspaper Blackout, which was inspired by the likes of David Bowie and some guy in the 18th century who mashed up lines from different newspaper columns to make funny headlines. 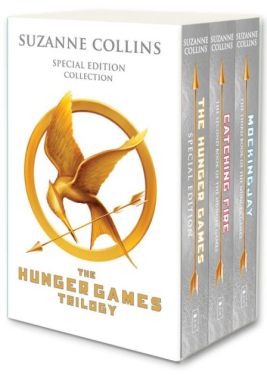 I’m going to admit something now that may lose me a few Bookwyrm friends.  I occasionally Marie Kondo my bookshelves.  Most recently, I made the gut-wrenching decision to get rid of (by which I mean sell to Half Price Books so someone else can enjoy them) a few titles that no longer bring me joy even though they’re in my favorites list.  One of these was the Hunger Games trilogy.  It’s a total thrill-ride, and Katniss is one of the most badass action heroes in modern literature yes I will fight you on that, but I just don’t see myself re-living every gut-punch and tragedy she experiences.

I’m still waffling over the movie adaptations I own, because Jennifer Lawrence, but I’m starting to think even her awesomeness can’t make me re-watch nine hours of her being traumatized the whole time.

11. New Releases: A book that just came out or will be coming out soon that you can’t wait to read. 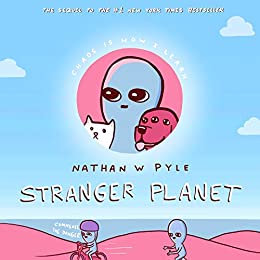 Did I mention the Strange Planet sequel — Stranger Planet — is coming out in June?

Apparently, Max was a Netflix feature for people who got Netflix through their PlayStations.  It was a game show that basically chose stuff for you to watch.  Anyway, I’m not comfortable putting specific people on the spot, so I’m just going to tag All The Bookwyrms Who Feel Like It!  If you’re reading this post, you’re It!