Harry Potter and the Cursed Child

Rating:  2 out of 5 illegal Time Turners

Sooo…yeah.  There’s going to be a lot of nitpicking in this post.  Consider yourself warned.

I wanted to like this story so much more.  Like everyone else, I was looking forward to a new Harry Potter book, even though I was disappointed it wouldn’t be in the typical novel form.  It’s still officially the eighth Harry Potter book, and that’s worth celebrating.  If I lived in the Chicago area, I totally would’ve wanted to partake in one of these amazing cauldron cakes at Lezbrarian’s HP release party!

But I didn’t like the story.  The plot was full of issues, and overall it felt like someone’s fanfiction rather than a canon Harry Potter story.  And there was barely a “cursed child” in it!  [Edit: See below spoiler warning.]

But before I get to the grumbling and nitpicking, here are some things I did like:

Of course Albus Potter gets sorted into Slytherin, and of course he becomes best friends with Scorpius Malfoy, and of course Harry isn’t thrilled about this, and of course it becomes a forbidden friendship, and of course Voldemort and Belatrix got it on behind the scenes in Deathly Hallows and had a secret child together.  This all feels like fanfic material to me.

Speaking of Albus and Scorpius…

Issues with the time travel plot (prepare yourselves; there are many points here): 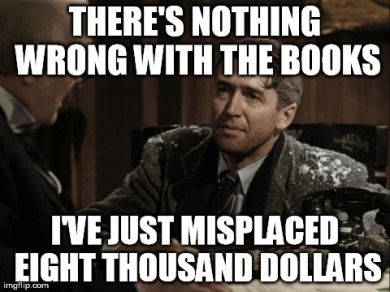 Cedric’s stronger than that.  He’s known for being a really decent guy, so he wouldn’t turn to the dark side just because he lost a competition.

Again, I realize a lot of these points are nitpicking, but they really got in the way of my enjoyment of the story.  I guess it was still fun to see Harry, Ron, and Hermione in action again, but it wasn’t the way I’d hoped.  What did you think?  Did you like the story?  Was it the return to the wizarding world you’d hoped for?