Upcoming posts and such

Well, that was a fun little hiatus.

I may have gotten a bit sidetracked by certain things…

But in between those distracted fangirl moments, here’s what I’ve been reading this past month (to be reviewed in separate posts):

Speaking of folklore and mythology, I saw the midnight showing of Brave last Thursday/Friday (spoilers ahead).  Overall, the story was sweet and the characters well written.  Merida was awesome, of course — it was refreshing to see a Disney princess who’s happily single at the end.  I think Merida’s the first Disney princess to do that, actually!

I also loved the triplets, whose shenanigans were somehow funnier because they never said a word.  The humor is all in the gestures and facial expressions.

Oh, and the father’s impression of Merida, in that one scene, was hilarious.

The plot was a bit confusing at times, and one of the major conflicts seemed too easily solved (Hey everyone, what say we let the kids choose their own spouses in their own time?  Agreed?  Super!).  But other than that part, some of the confusion may be cleared up with more research into Celtic mythology.  Beyond the selkie legends, my knowledge is shamefully limited.

But again, I liked the story overall and would be happy to see it again.

Meanwhile, my next reading adventure: 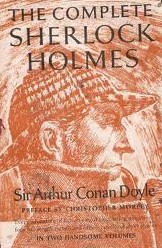